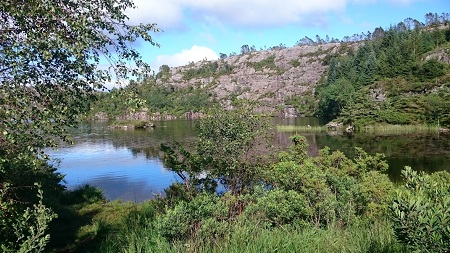 What a week, huh? My head hurts, my heart is heavy. I want to write about something else than Trump, but it’s all I can think about when I sit down to type. The election is already being analyzed up and down, back and forth, and it wasn’t my intention to make this a political blog. But I didn’t know Trump would be elected either. And the personal is political. Sometimes you just have to change gears for a while.

People say that many who voted for Trump were just feeling angry and rebellious and wanted to get rid of the establishment, but that doesn’t negate the fact that all the racist, misogynistic rhetoric was there, loud and clear. They may not have voted for it, but they voted alongside it, they thought it was ok as background noise. That’s systemic racism for you, right there.

And people say there was low voter turnout so it’s actually only a small percentage of Americans who really support his ideas. Only 25%, or 18%, or some low percent, of the US population actually voted for Trump. That’s supposed to make us feel better since it means a huge majority didn’t. We have to work on all the reasons why voter turnout was low, getting more people to vote would be a good thing. But no matter how many, or how few, voted, now we have Trump as President, and that’s what we have to deal with first.

People say the Democrats should have gone with Bernie Sanders. The Republicans threw up a change candidate, the Democrats should have done the same. Then we’d be heading for some dynamically positive paradigm shifts. I believe that myself. But now, I don’t know what kind of change we’re heading for. It sends chills down my spine when I let myself imagine where this could be going.

I hear folks on all different sides saying let’s just wait and see, let’s see what actually happens. He might not do any of the things he said. He’ll be held in check by the real politicians around him. He might be impeached. And hey he’ll shake things up and when it all falls back into place who knows, thing might be even better.

Over here in Norway I hear that last one a lot. People have a different perspective, watching from the outside in. The US possibly retreating from its role as World Police is seen as a positive thing. Many people are critical of NATO and NAFTA and TPP and other global things with acronyms, and people think it will be “interesting” to see where the world goes from here. Many are saying the geopolitical shifts could have positive outcomes for various countries around the world.

But no, I’m not there yet. I can’t distance myself from this enough to see it from an academic intellectual standpoint. There are too many people on the ground who will suffer directly from the policies and decisions made by this administration. There are already people suffering every single day from the increase in racist, xenophobic, and homophobic attitudes and attacks.

And let’s talk about the buzzword of the day, anti-establishment. “Trump’s victory is a slap in the face to the establishment.” The working class felt ignored and forgotten and they’ve been suffering, so his promises to bring change spoke to them. It seems like, in their eyes, his slap in the face went to an establishment defined as “those who were currently in power”. I can understand that. Clinton was too much of a continuation of Obama’s presidency for them, and due to that strong desire for change, any change, we got Trump.

But as I watch what’s going on and read the facts and opinions being put out by both sides, I’m hearing something else. I’m hearing that, to him and his gang, “the establishment” means something quite different. Yeah sure he wanted the current adminstration (those currently in power) out, because he wanted to win the election. But his slap in the face isn’t going directly to the Democrats and “the swamp” in Washington. It’s going to women’s rights, racial equity, gay rights, the right to gather and protest, freedom of the press, and environmental protections, to name a few. Funny thing is, those are rights and protections we just spent decades, no, centuries, fighting for. A few years ago (or a few weeks ago) you might have said that a person who passionately advocated for those things was being, oh I don’t know, anti-establishment. Yet now a candidate won on an anti-establishment platform which is redefining The Establishment to mean people who want those rights and protections. And then slapping THAT “establishment” in the face.

Doublespeak is being used to erode and dismantle our rights and protections.

We have to stay awake and aware. We have to hear what’s actually being said and not be lulled into complacency by rationalizing it into what we wish to hear. I’ve learned more than ever that every voice counts. Even if we think it’s been said before, that others might be saying it better than us, we have to say it anyway. We have to stand up for the injustices around us, even, or maybe especially if, they don’t affect us directly.  We have to be allies. It can’t be said too many times. We have to stay awake.